Dog fouling has become an increasing problem in one area of the village, says Pelsall councillor Garry Perry. 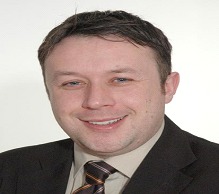 He said he was alerted to the problem near Wood Common play area this month after concerns were raised by a resident.

“The problem was certainly excessive and one of the worst hit sites I have seen in a long time,” he says.

“An additional bin funded via the area partnership has already been installed, dog fouling notices have been put up and enforcement monitoring is now taking place.

“Dog fouling is unacceptable and a danger to health, particularly young people and families who use the play area. 99% of dog owners clean up after their dog, the small minority however are intent on ignoring their responsibilities and allowing excrement to foul public spaces and footpaths.”

Whose responsibility is it to clear away dog fouling?

It is the responsibility of the dog owner or the person in charge of the dog to clear up any dog foul left by their dog, writes Garry Perry.

If you fail to clean up after your dog you can be issued with a fixed penalty notice or, if the case goes to court, a fine of up to £1,000.

The regulations state specifically that being unaware that the dog has fouled or not having a suitable means of removing the faeces is not a reasonable excuse for failing to clean up after your dog.

If you are with someone you know and they allow their dog to foul you may feel safe telling them that they shouldn’t.

However, if you do not know the person it is important not to confront them if you think that your personal safety might be at risk.

Dog wardens are empowered and trained to deal with offenders. If you have information about a dog fouling you could report it to the police, the local council or a dog warden, but it is up to them to decide whether they wish to proceed any further.

If you want to report any area where dog fouling is an issue or have information regarding offenders please contact Street Pride on 01922 653344.